Rivers of Sound is a 60-minute work composed for an ensemble of 17 instrumentalists and vocalists of diverse musical backgrounds, performing on Arab, Central Asian, South Asian, and Western instruments. Rivers of Sound is an outgrowth of the Two Rivers large ensemble and incorporates elements of maqam with jazz and other contemporary musical practices to create a musical environment that moves beyond the notions of style and tradition into a realm of uninhibited musical communication. Learn more about the MAP Fund.

Check out the video from Amir ElSaffar and Two Rivers at Newport Jazz Festival, August 2013: 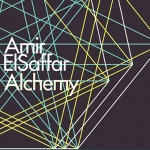 Order your copy from www.pirecordings.com.

Nice mention in New York Times (photo made cover of today's Arts Section!) and Boston Globe of Two Rivers performance at Newport Jazz Festival. To listen to the premiere of the Newport-commissioned piece on NPR click here!