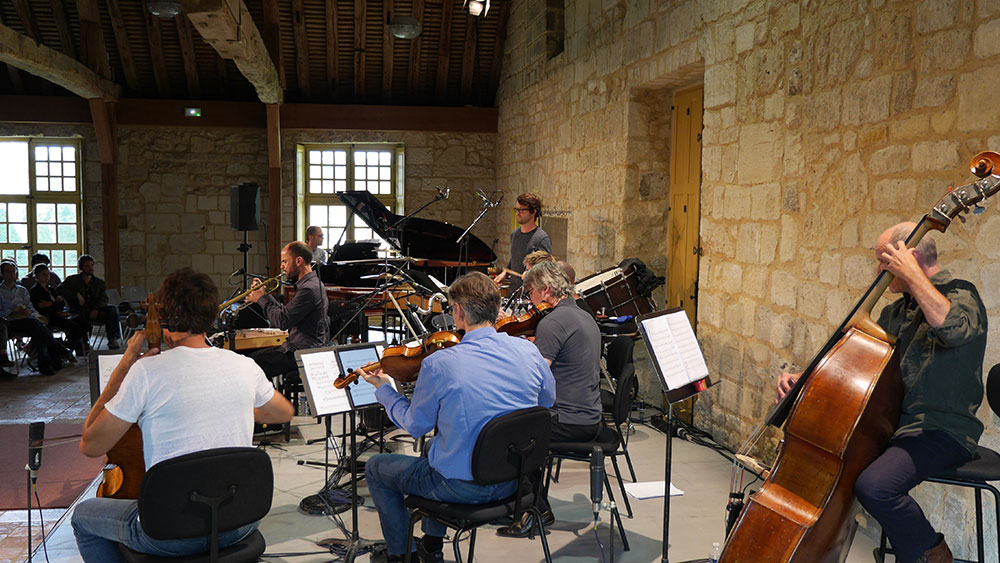 What I’m interested in with Interstices is to find an expression of the human experience that goes beyond culture, beyond what land you’re from, beyond what language you speak, beyond what tribe you claim allegiance to, to find where is the common thread. It’s a challenge, but I think we found something. – Amir ElSaffar

There are worlds filled with continuous, teaming and noisy sounds, and then there are interstices, small gaps in the continual flow of noise; an empty space, another time, a breath.

Amir ElSaffar invites listeners to take this space and to see this time, to listen, to observe, to feel and feel the subtlety of these interstices in this universe of exchanges and encounters. ElSaffar proposes that listeners focus on the delicate relationship that unites all things, be it silence and sounds, the regularity of the cycles and the freedom of improvisations, polyphonic harmonies and microtonalities of Iraqi maqâms or contemporary music. European and Oriental scholarly music.

The project Interstices really goes beyond the music. It’s not merely about one musical form combining with another musical form to make some new interesting music, it’s really an expression of the turmoil, the crisis of humanity today, and for me, it’s an emotional reaction that I think resonates with other people as well. So when we present this music to audiences, it’s a chance to reflect and contemplate, and maybe think of an alternative way that humanity can move forward from this present moment. – Amir ElSaffar

To compose this universe, Amir ElSaffar collaborates with the ensemble Ictus, whose very name evokes the rhythmic beat of poetry, the poetry of astonishing sonic worlds.

Together, ElSaffar and Ictus, create a whole universe that they reveal to us, giving a philosophical sense to interstices and creativity, recalling musically that “life is lurking in the interstices of every living cell” (Alfred North Whitehead).