Philosophy of the Project

The 17 musicians of the Rivers of Sound Orchestra represent a variety of traditions, playing Middle Eastern, Indian and Western instruments such as oud, buzuq, santur, joza, cello, saxophone, oboe, mrudangam, frame drum, drum set, and re-tuned piano, vibraphone, and guitar. During the rehearsal and performance process, individual cultures melt away and a feeling of camaraderie emerges. Through improvisation, the group forms a non-hierarchical social microcosm based on compassion and connection in the collective pursuit of beauty. 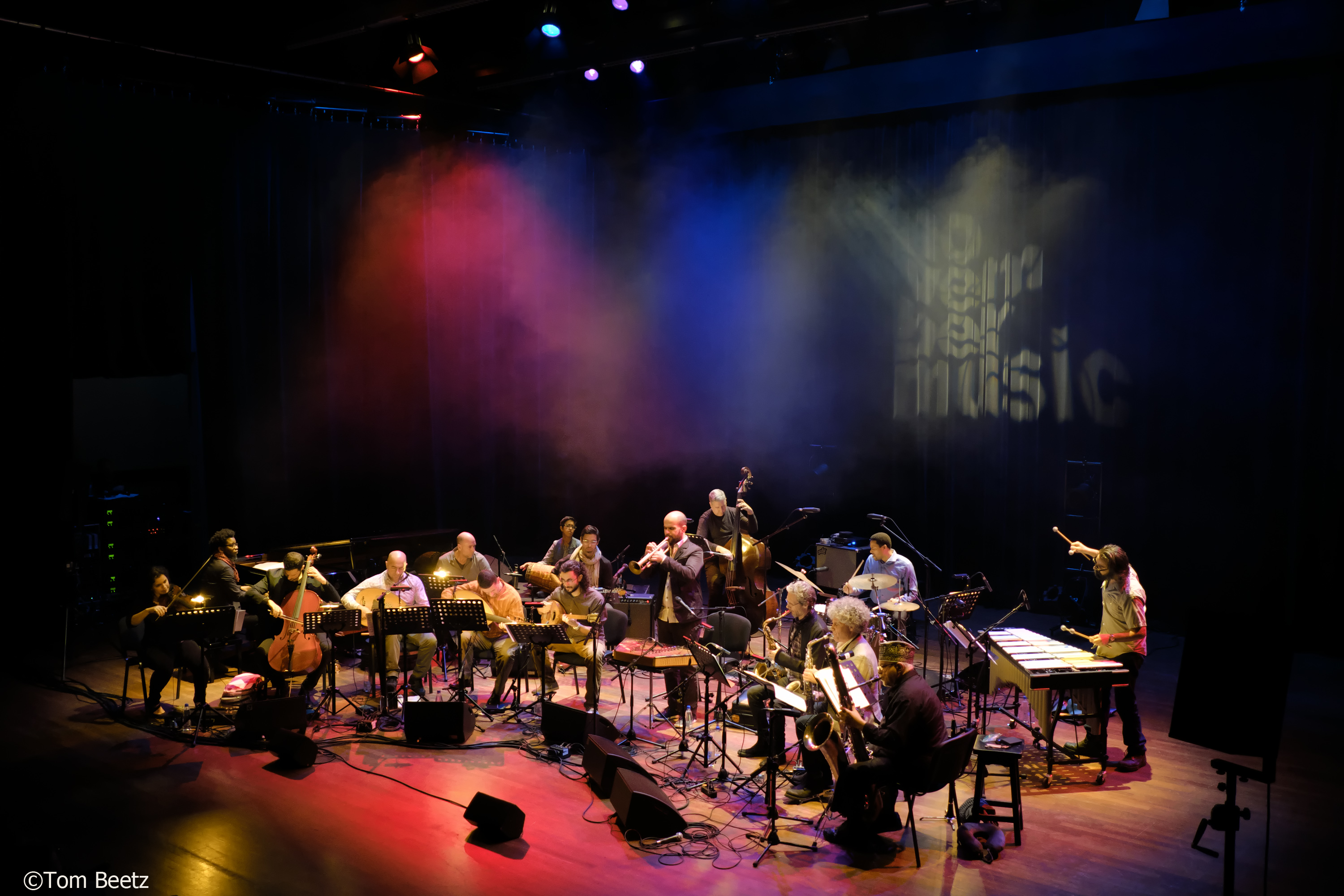 Using resonance as its governing principle, Rivers of Sound incorporates elements of microtonal maqam modal music of the Middle East with jazz and other contemporary musical practices to create a unique musical environment that moves beyond the notions of style and tradition into a realm of uninhibited musical communication.

The highest ideal in maqam music is to reach a state of tarab, or “musical ecstasy,” which results from the melting away of borders between a notion of self and other, as performers and audience revel together in the music. As pitches and rhythms become fluid, so do cultural boundaries: elements that traditionally divide musicians and genre-specific modes are re-contextualized in a fresh transcultural soundscape.

This ideal is central to the music on Not Two.

“In Rivers of Sound, Mr. ElSaffar’s 17-piece ensemble, rhythm is a load–bearing vehicle, steadily carrying his compositions across land and sea….[the] music has a liquid quality: It’s full of momentum, but not in the way of a single moving thing. Instead, it seems to flow and spill across bounds.”
– Giovanni Rusonello, The New York Times

“Rivers of Sound flows in a flux of ever-shifting colors, with bold brass fanfares giving way to classically Middle Eastern sounding strings and sinuous reed melodies evolving patiently over unhurried, swinging rhythms that are accented by the dieting tonality of frame drum and dumbek…with Not Two [ElSaffar] has moved beyond building bridges; his music has become the river. ★ ★ ★ ★ ” – Downbeat Magazine.

“a towering statement of purpose—wise to many traditions, even while it remains accessible to anyone” – Pitchfork Magazine. 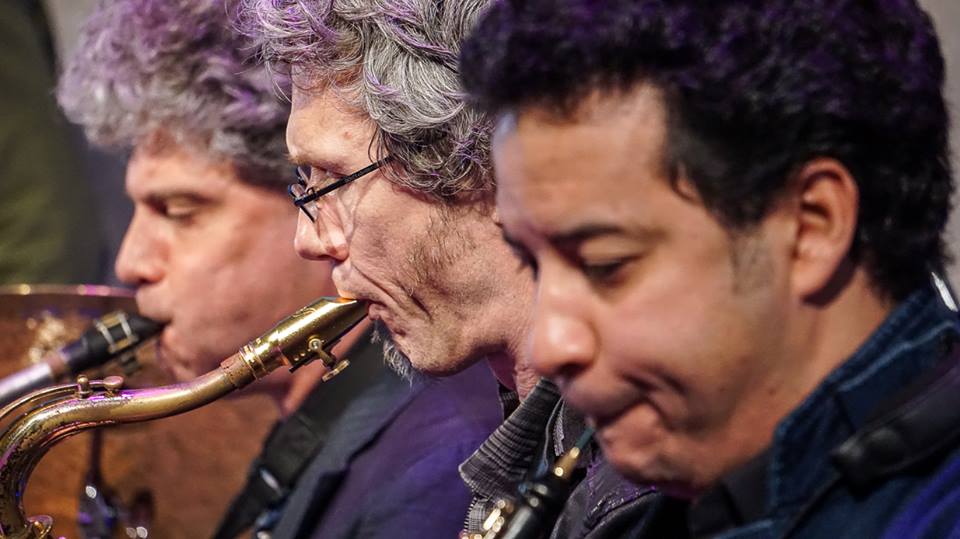 “Rivers of Sound is not concerned with “bridging” divergent cultures. In each composition, one can hear elements of maqam, polyphony, polyrhythmic structures, melisma, and groove. But these do not exist as separate entities “belonging” to any people or place.

After spending much of my life playing and composing in diverse musical worlds, I question the idea of culture. My interest is in finding sonic realms that can embrace the phenomena found in the myriad musical languages, drawing upon sensibilities and materials of various idioms, but without the limitations of a particular genre. The idea is about fluidity: sounds flow into one another, overtones interact, as we come closer to a universal human sound.

Years ago, I had the good fortune to study with Kongo Langlois Roshi, a Zen Buddhist teacher in Chicago. One day, when I shared my inner state of confusion, he replied, “When the mind becomes muddled in dualistic thinking, think ‘not two,’ and all will become clear.” 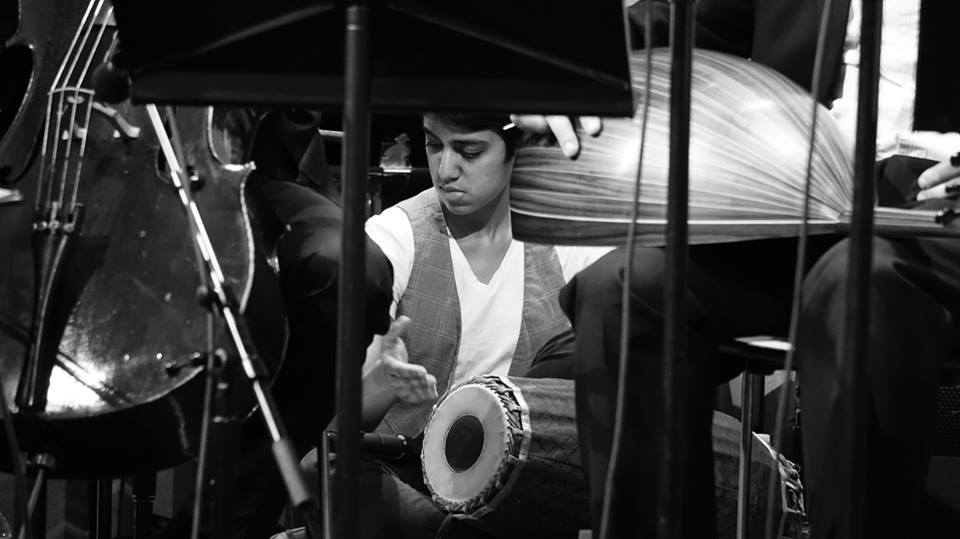 ElSaffar received funding from the MAP Fund and Arab Fund for Arts and Culture to create Rivers of Sound in 2015, and the recording of “Not Two,” was funded in part by the Aaron Copland Fund For Music. “Not Two” was recorded at Avatar Stutios, engineered by Sascha Van Oertzen, mixed by John Davis at Bunker Studios, and mastered by Scott Hull at Masterdisk. All compositions on Not Two were written by ElSaffar, whose work is published by BMI.